SPOV recently created a series of in-game cinematics for Call of Duty: Black Ops Cold War, the latest instalment in one of gaming’s biggest franchises. Here is part two of our in-depth case study explaining some of the processes and challenges we faced on this exciting project.

Given the clear design links between the game's period and today, it would have been easy to fall back on 1980s-inspired filters and effects but we were determined to make our cinematic content as authentic, environmentally engaging and Black Ops-relevant as possible. So we instead chose to recreate the desired layering and transfer effects physically on our primary delivery method, the lightbox. This process undoubtedly took more time and effort but the end result makes for a much more immersive and real player experience.

Boundaries were also provided for us by the game's storyline. The campaign mode shifts quickly between various times and locations across the world, but grounds itself using very similarly styled safehouse environments. Working within similar spaces throughout might have helped with consistency but it also forced us to pay extremely close attention to the details within our cinematics. We had to portray the global nature of this Cold War story without explicitly giving away the location of the lightbox or television screen at the heart of each scene.

At stages when the player should believe they're in a certain location or time period, we had to imply it with abstract details rather than complete environment changes: the presence of a smoking cigar helped to set scenes in Cuba, while sepia tones provided a subtle ageing effect that takes the player back two decades to a Vietnam flashback. Colour grading also helped us to create powerful atmospheres at other stages: cool blues for modern-day cinematics and reds for the more intense brainwashing scenes, for example. 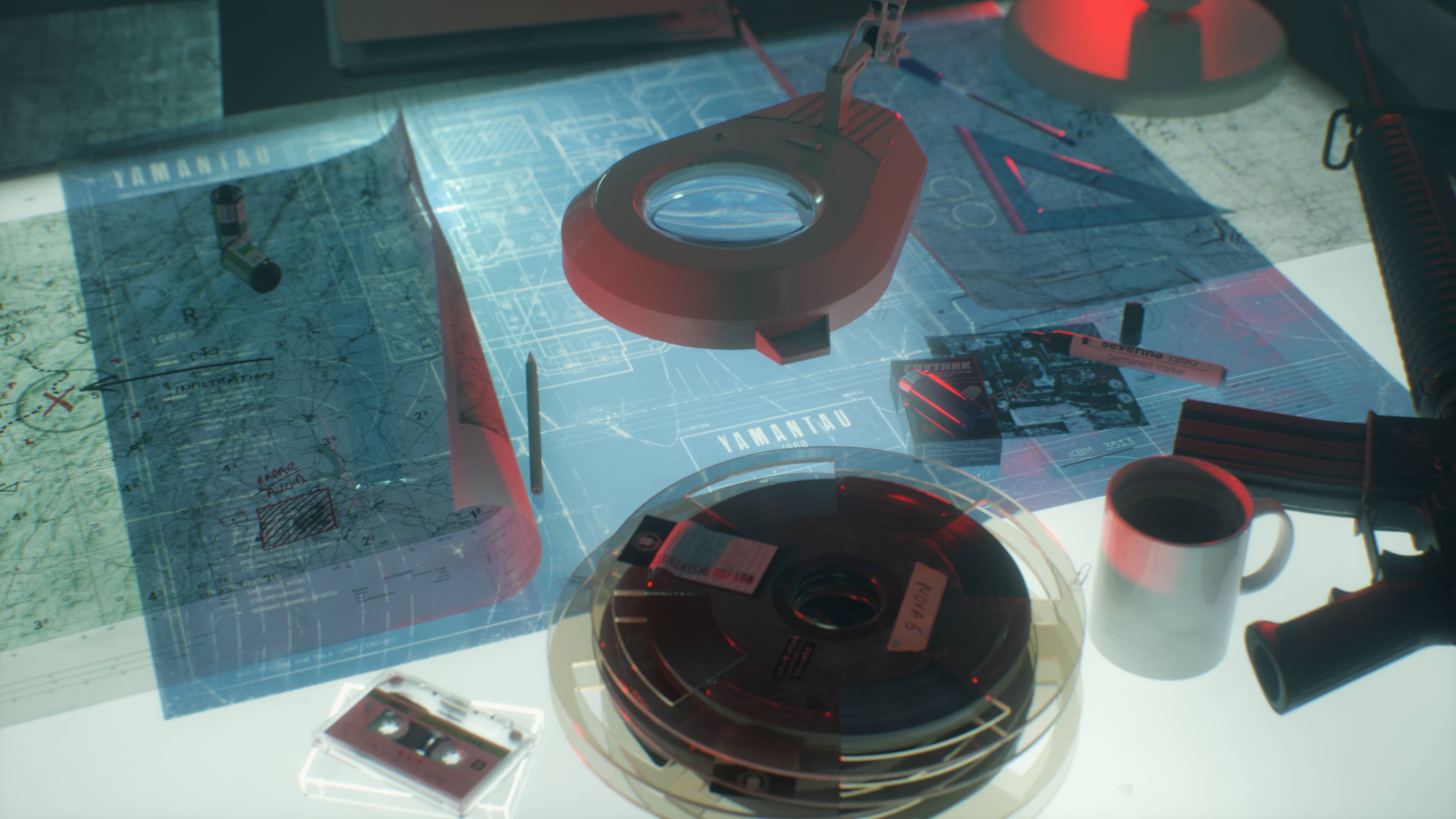 At stages when the player should believe they're in a certain location or time period, we had to imply it with abstract details.

Camera movement played a key part in creating the right feeling for Black Ops Cold War, too. While the microfiche helped us portray the rough style and frantic movement in 2010's Black Ops game, having a more grounded viewpoint this time helped us to set a far slower pace. Our aim with this was to make the player feel like they're observing through the eyes of a nameless character without giving away too much detail or control; the air of secrecy this creates is key to the Cold War narrative.

More than anything else, this project was about telling a story that goes far beyond physical conflict. It was vital that as well as complementing the more action-based gameplay, our cinematic content communicated the global feelings of unease and tension that were so rife at the time. We were determined to use every layer and detail to help players grasp the scale of what was happening: the uncertainty, the change - the 1980s zeitgeist.

At the same time this is a global game with a hugely diverse audience, so the story couldn’t be told from a single perspective. The diversity of SPOV’s team was a natural advantage here as it allowed us as a collective to be generally neutral, and to consider all aspects of the history our cinematics were there to reflect. This is another area where having support from a Cold War historian really paid off: the way he shaped our understanding of real-life events helped us to see the game’s narrative from all angles.

We used a range of methods to present this multi-sided narrative. Meticulously detailed scenes tell stories of their own – overflowing ashtrays signalling the mysterious presence of unseen characters, for example – and carefully selected archive footage reminds the player throughout that what they’re experiencing is both globally significant and real.

To make the content as engaging as possible we went beyond just showing archive footage in its original form. Presenting it through era-appropriate TV sets and even pairing it with other content allowed us to create a more immersive experience, while scaling the low-resolution clips up to 4K gave us an organically stylised look that served both the narrative and visuals.

In moments of high information density, the split-screen method – as well as being prominent in both the 1980s and modern-day media - allowed us to get everything across while keeping the viewer’s attention. We could juxtapose different imagery and editing effects to create the appropriate moods while also giving players the freedom to choose which part they follow more closely; they can essentially self-edit their experience.

STAYING CLOSE AND CREATIVE THROUGH A PANDEMIC

We’re used to overcoming challenges at SPOV, but nothing could have prepared us fully for working through a global pandemic.

Like Activision, Treyarch, Raven Software and everyone else involved in the making of Call of Duty: Black Ops Cold War, we were forced to adapt quickly when COVID-19 hit mid-way through the game’s development. Our close-knit team was required, literally overnight, to go from sharing a well-equipped studio space to working remotely from home offices, spare rooms and dining tables.

We were lucky to be able to continue at all while so many other development projects were being put on hold around us but the virus and all of the uncertainty it brought still threatened to jeopordise the team spirit and culture that makes SPOV such a unique and productive studio. We knew, therefore, that we’d have to go beyond just completing our normal tasks from an isolated distance.

More regular project meetings kept ideas flowing and ensured everyone was aligned with SPOV’s creative vision, while slightly less professional pub quiz nights kept spirits up and team bonds tight throughout the whole process. And, although no one at SPOV would ever choose to work this way again, we learned a lot about our processes, flexibility and the things that make us so great at what we do; all of it invaluable to future projects.