We discuss the top five games from each decade, the most important, genre defining or iconic titles that changed the face of gaming through history. In 'Part 3' we look at 1990's.

What were the burning topics of the 90’s, East or West Coast rap?, could Jack Dawson have fitted on that bit of wood?, were we ‘sorted for E’s and Whizz’? and was ‘Friends’ actually as good as the ratings suggested? The answers are obviously West, yes, no because that is illegal and definitely no. But what else were we talking about, well what were the most influential games of the time…obviously. 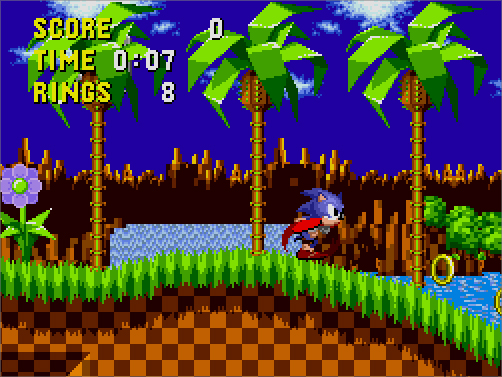 The 90’s was the beginning of the home console wars, arcade games were beginning to decline and the market place became a battleground. Nintendo’s superiority was a target for SEGA who had released their ‘Genesis system’, and later ‘Master System’ to compete with the NES. But it was the battle of the titles that won the war in this decade. The rise of 3D gaming, Sony entering the arena with the 'PlayStation', film tie-ins and the GameBoy all made this one of the most exciting decades in gaming's evolution.

The game that defined the 'First Person Shooter' genre, no it wasn’t the first that credit goes to 'Wolfenstein', but it was the best. Pioneering 3D graphics, multiplayer gaming, custom mods and online distribution keep ‘Doom’ at the top of any list of the greatest games of all time.

Not the first ‘Stealth’ game but possibly the title that helped the genre go mainstream. Designed, directed and produced by Hideo Kojima who bought a ‘cinematic’ experience to the player with fast-paced stealth play and solid mechanics, ‘MGS’ was an instant hit.

The game’s lead character is based on a combination of ‘Snake Plissken’ from ‘Escape from New York’ with the body of Jean Claude Van-Damme and the face of Christopher Walken, you can’t get more badass than that!

The games that started a multi billion dollar series for Nintendo were designed by Satoshi Tajiri, who loved collecting insects when a child, turned this passion into one of the best selling RPG’s of all time.

With addictive game play and appearingly simple mechanics ‘Pokémon’ sucks you in like not many games can and still resonates today after 25 years!

Just so you know, ‘Rhydon’ was the first Pokémon ever created but only figures at number 112 in the ‘Pokedex’…go figure!

Designed by Akira Nishitani and Akira Yasuda who introduced, for the first time, a choice of multiple characters with unique fighting styles and combination moves plus a recovery time giving an opponent time to attack a defenceless player.

A title that appears on many lists of this type for a few reasons, it was the first FPS developed for a console and signalled a departure from the ‘Doom’ approach to a more realistic free-roaming style. The game also introduced a split-screen multiplayer mode that helped popularise gaming as a group event with up to four players sitting together plugged into the same console.

Duncan Botwood initially designed the game as a single player, campaign, experience but at the last minute, and in one month, created a multiplayer option that is what this title is remembered for.

Close but no cigar: ‘Tomb Raider’ is a noticeable omission even with it's pioneering of female characters in games, ‘Sonic The Hedgehog’ Sega’s slightly more relatable option to Nintendo’s ‘Mario’, ‘Final Fantasy VI and VII, ‘Gran Turismo’, ‘Half-Life’, ‘Sim City 2000’ and probably the greatest game of all time 'The Secret of Monkey Island', the list could go on!